People with learning disabilities: Going to funerals and explaining death 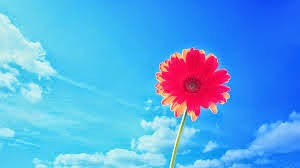 Here's a cheery Christmas subject....But this week I was talking to a friend who works at the National Council for Palliative Care; and it reminded me that I've got strong views on this but have never written them down. Here goes.

And what about the shock of not seeing a parent again, only for the rest of the family to cover up why that won't happen. In 2007 I met a woman who was organising a play by people with learning disabilities, about how they want to go to family and friend funerals. Powerful stuff.

But a quick internet search is a pretty depressing experience when looking at this issue. It's just a sea of confusion. I apologise if quality work has been done on this, but Google's not showing it. What's needed is a decent, accessible and friendly guide that demystifies the whole process. Of course it's a sensitive and challenging issue, but, as with many complex things in life, the answer mustn't just be to go for the apparent easy option.

Where I work we've just put out a video about how people are told that a relative or friend is dying. It's about how the words used, and the explanation of how those words are used, can have a big effect. I also think it'll be helpful to people with learning disabilities and their families.

And it's not just death and dying. The Alzheimer’s Society and the British Institute for Learning Disabilities have brought out a resource; it’s to help explain dementia to people with learning disabilities.

This can be handy for us as a family, because I don’t want to keep telling Stan that my uncle, who has dementia, is ‘ill’. We don’t want to shield Stan from things and attempt to keep him in a child-like bubble (it's all in the book).

Stan's Grandad died in 2010 and Stan was nine. He didn't go to the funeral. But I was close to lobbying for him to go. Nowadays, I'd want him to go to a funeral.


As Stan heads to adulthood, this issue is something I aim to keep on the agenda.
at December 20, 2014