I can't get it out of my head

What’s your ear-worm? What song goes round and round in your head? Can it be different every day? It certainly can for me. Cheryl Cole hunts me down more painfully than her ex with an air gun.

Hang on Down’s Dad...What’s this got to do with Stan? Well, firstly his particular penchant for playing Cee Lo Green (just the first three tracks mind) is currently a bit challenging. But also, this column is about extended family members. So it’s time to talk about Down’s Dad’s Dad.
Dad died suddenly in 1997 and I hadn’t quite had that ‘full realisation’ moment. I’d done a night shift at a radio station and was driving home. On to the radio came Robbie Williams, singing ‘Angels’. A truly awful song by a man who I should naturally despise. This is because of his love - and financial commitment - to my football team’s local rivals. But it got me. Then and there at 0530 in the morning and it’s stayed with me since.
If only my ear-worm was something I was proud of. But life’s not like that. It’s all confused and strange. A bit like being the parent to a disabled child!
at February 28, 2011 No comments:

Lauren, who stars in Glee, and her mum, were on TV this week in the USA to talk about the anti-bullying campaign. 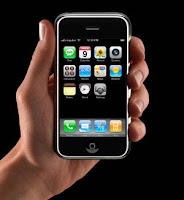 Stan opens his presents this morning ~ and looking rather disappointed ~ says: "Ipod". He wanted a replacement for the two he's lost. He took it well that he's not, in fact getting a new ipod. He is getting other stuff and will no doubt carry on losing his Mum's phone............. 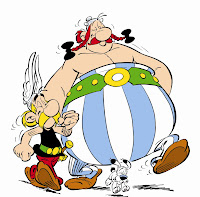 Swearing at an unknown French man in the street isn't perhaps the most sensible thing to do, but it's only one of three notable incidents at New Year.

Firstly, though, this column isn't just about Stan. As it says on the title it includes the extended family. We were in Macdonalds in Amiens - we take them to the best places. A few minutes before some anti-MacD activitsts had set fire to toilet seat, but they got off lightly. In our party there are six kids, three of whom are teenagers - and they started singing really loudly. The security guard came over and told us off! Actually it was quite a moment of pride.
Then there was the time a day or two later when Stan got the football, INSIDE the bistro and toe-punted it. As it made its way to table numero neuf, I started thinking of the new bill we would be presented with. It lobbed downwards toward plates and glasses all nicely made out on a table and it hit the side - and bounced back into Stan's arms.
Oh, yes and the swearing. A man mocked Stan in the street. So I marched after him, tapped him on the shoulder and employed some words that Asterix and Obelix may have blushed at. Two of the teenagers in our party saw this and secretly I think they were proud. (As much as they can be of an embarrasing uncle).
My wife doesn't know that I took it upon myself to pursue this man down the street and hurl abuse. Please don't tell her - or then you really would have to cover your ears.
at February 06, 2011 No comments: